A roguelike heavily inspired by Gungeon and Binding of Isaac, you play a Knight whose quest is to venture into a nearby dungeon - utilizing the most powerful magic of all... GUN MAGIC! Starting off with a pistol, instead of picking up items to modify your character - you pick up gun parts in order to modify the weapon itself!

idea:creator should make it that every time a goal is reached like downloads or plays a cheat code is added

best build I could find was quad barrel, nukes, ak stock, spinigun, and any trigger that increases fire rate or damage. Got to level 207

Me and my best friend: 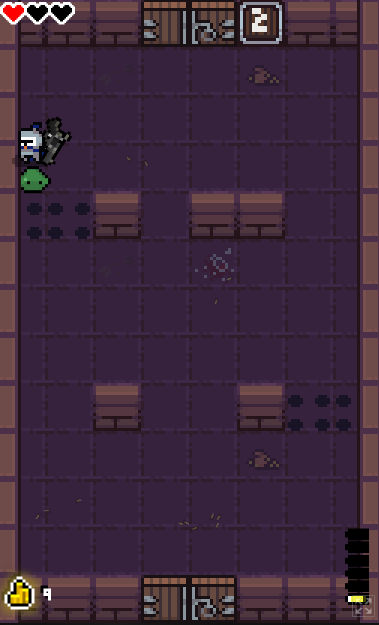 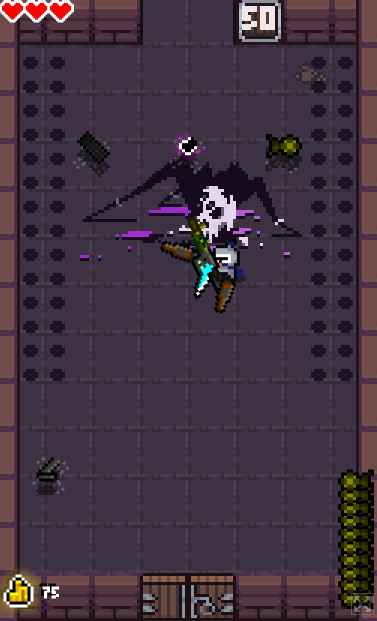 best combination i could find was quad barrel, bullet canister, rubber grip, ghost bullets, and bee trigger and stock. made it to 159

is there a discord for the game?

Reply
Hands Of Creation25 days ago(+2)

Yoooo this is a great mix, Love gungeon and Binding of Isaac, so this was a great suprise.

what do the stars do?

you will not die with it 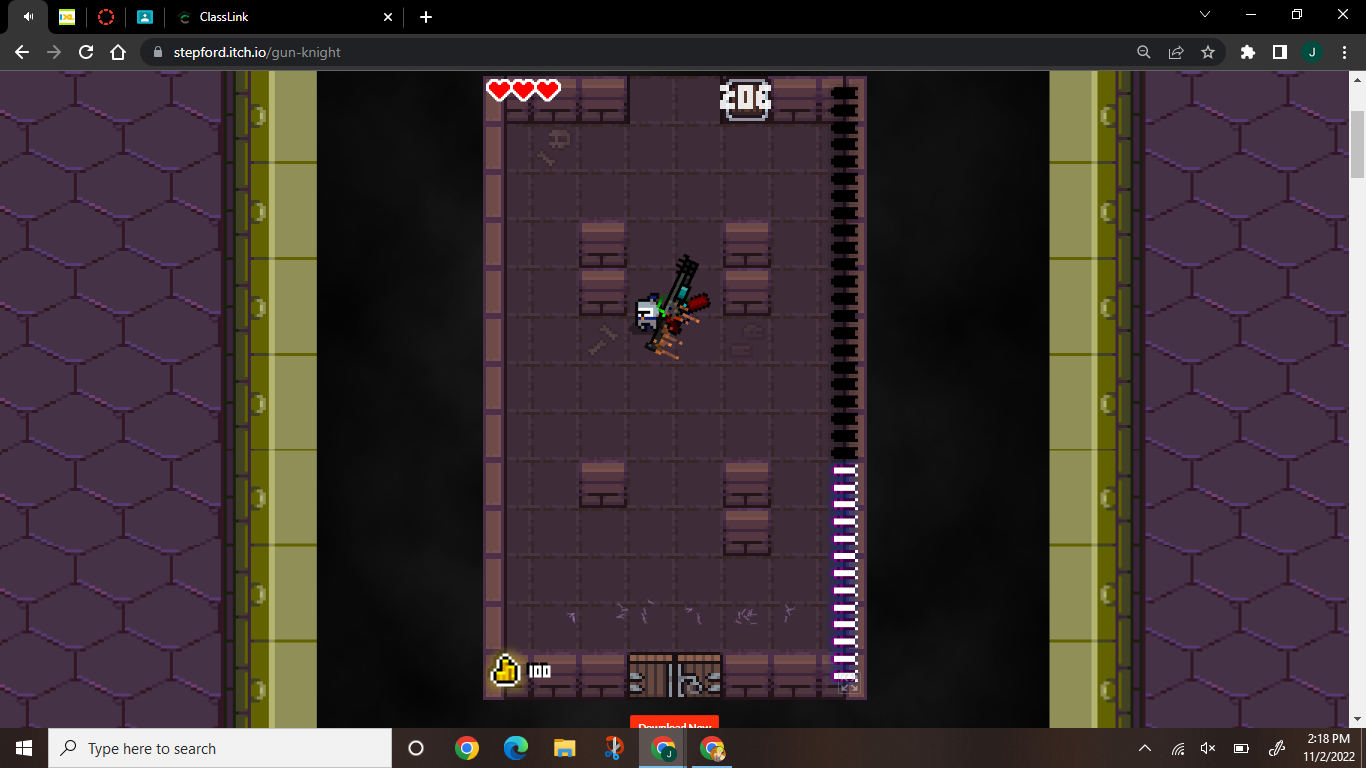 Damn you can get easily get addicted to this game. I reached level 117 with a super overpower spreadable bullets weapons.

it is really good

Great game! Tell me please, is it possible to kill a naked woman in shop or not. And it would be very useful, if a player can check his  gun parts by Tab boton.

No, you can't kill the angel. 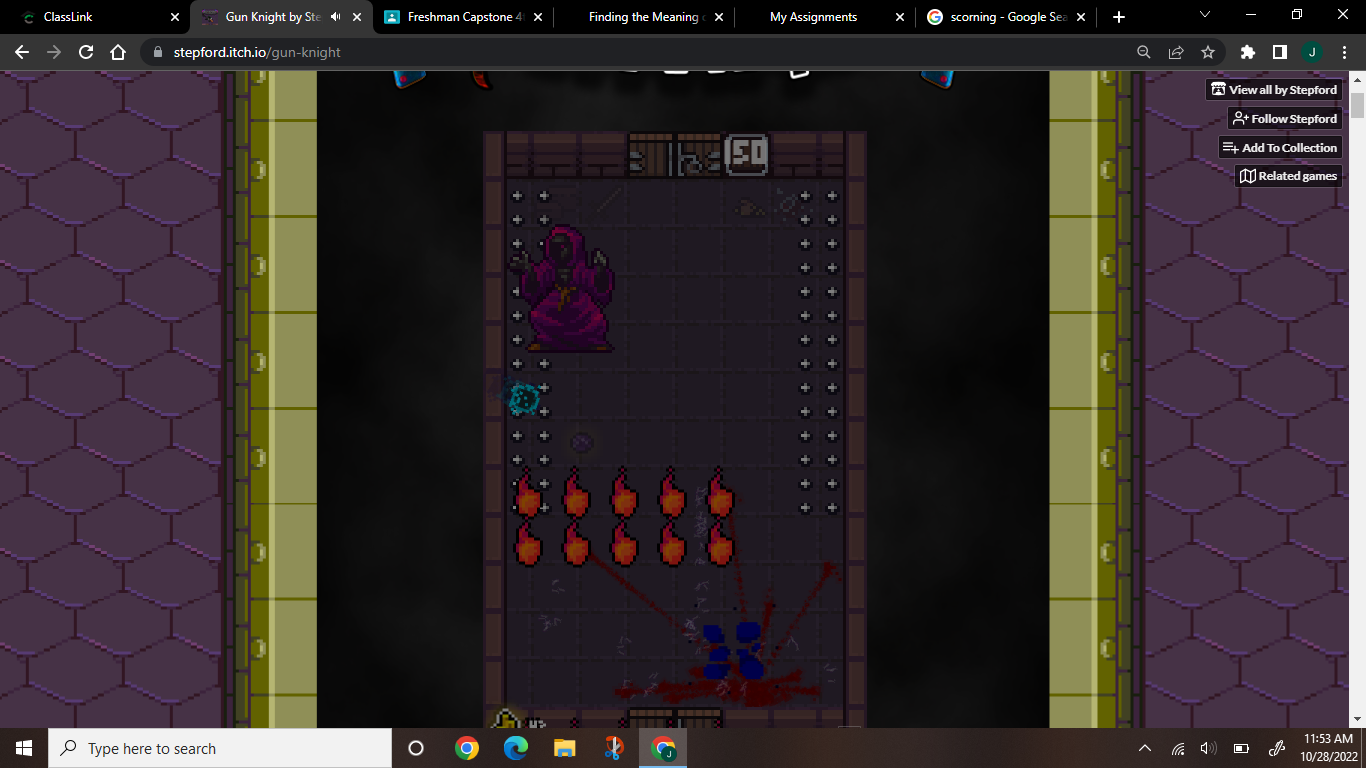 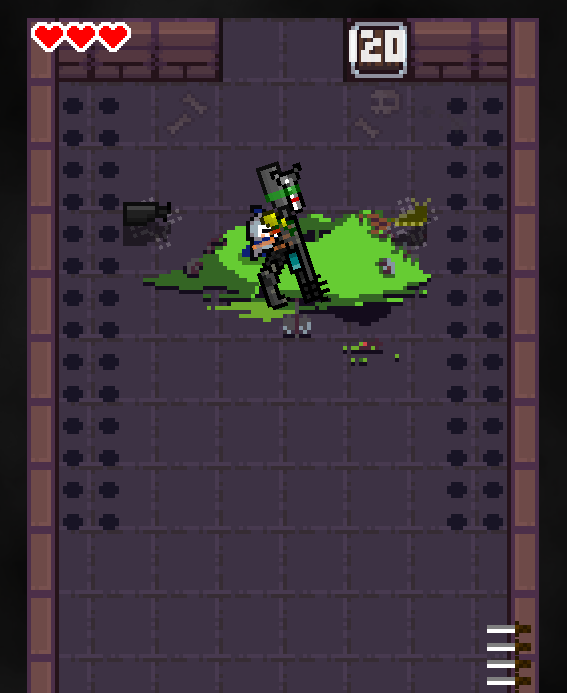 Bullet Canister + Auto Trigger + Quad Barrel + anything else make an awesome gun. Made it to 103.

shotgun makes it the mose op(in my opinion)

what does sticky do(on the bee barrel)

It likely slows down fire rate a little.

if you get all the void pieces do you dodge everything

Here is an idea:

Suppose you get a set or have like 3 parts. if so you get an ability for that set. For example,  you have 3 bouncing bullet parts, so the ability could be you get another bounce or it can bounce off enemies.

i just died at 113 :( there were two among us looking characters shooting at me with their blue arrows and 2 goblin guys shooting me with their red arrows, I almost dodged all of them!

is there more bird items 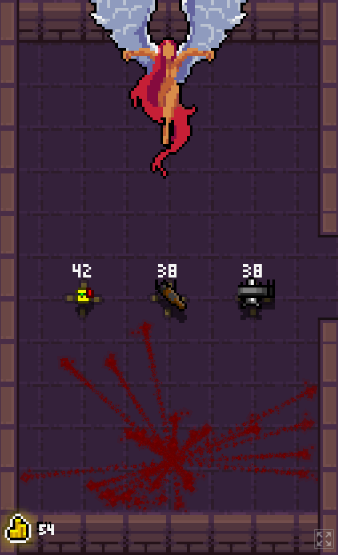 I killed the 1 eye monster, got into the shop, then the blue arrow hit me as I was buying the heart. It is glitched like this now:

What does bullet time mean

can you kill the angel?

The one in the shop: no

The small one that flyes around in the fighting room: ye

Can you make it so youcan turn off gun sounds?

Turn off your computer volume.

there should be a sandbox mode where you can customize your own gun BEFORE going into it! great game also.

I only got to twenty

is there a way to see or pick different parts to the weapon?

You have to come across them by fighting monsters, bosses or buying them at the shop.

OK, I was really wondering if there was a sandbox mode but your answer tells that there is not one. Thank you. 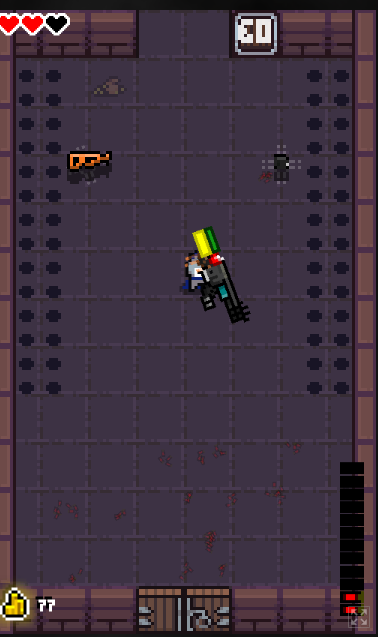 been trudging thru the deep end

Found a new glitch. If you have the bow trigger, hold it down, and change triggers while still holding down. It gives you crazy fire rate.

i got a really good build. i have the one barrel that allows you to shoot 5 bullets at once along with the honey trigger so nearly every shot spawned a bee or multiple bees. the original build was BULLET HELL with shotgun shells so i literally did not have to aim, just shoot lol. lagged my game a lot but it was good. then i accidentally picked up chaos rounds which made my life (and my framerate) better. i also have rubber grip for more attack speed. i also have the missile stock so i have a chance to fire missiles, and the bullet canister so i don't have to stop shooting. before the bullet canister i had spinnygun so i still didn't have to stop shooting. also i keep taking 1 point of damage in or before a  room i can heal in- (boss rooms and shop rooms) no other places. just those rooms. for some reason. i'm going to stop typing now and go annihilate more enemies. currently at room 148 btw.

unfortunately my chromebook... uh... pretty sure it's dead for good. screen's not turnin on. there goes my best run yet. ;-;

and rolling or a dash 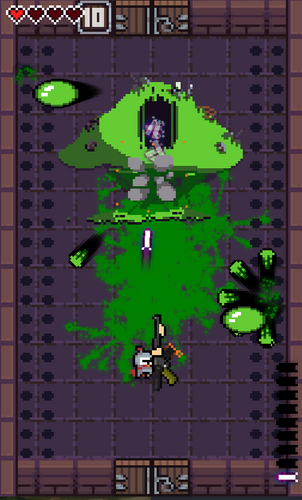 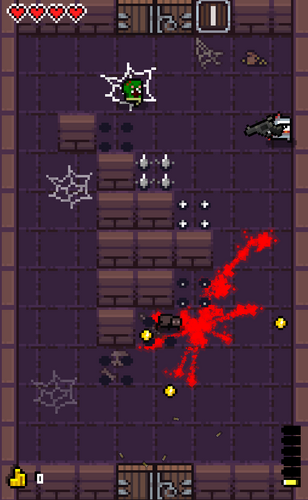 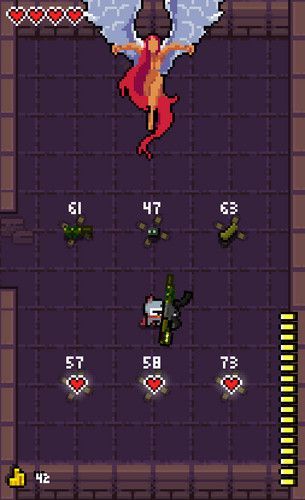 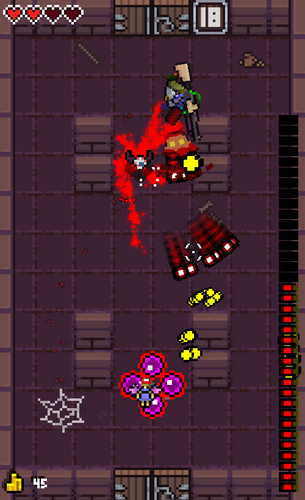 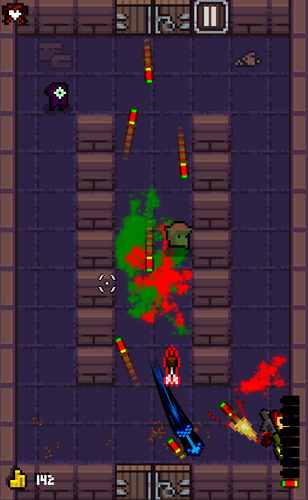 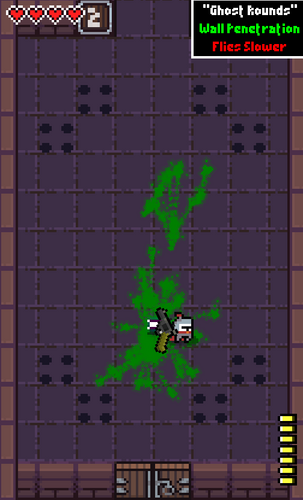 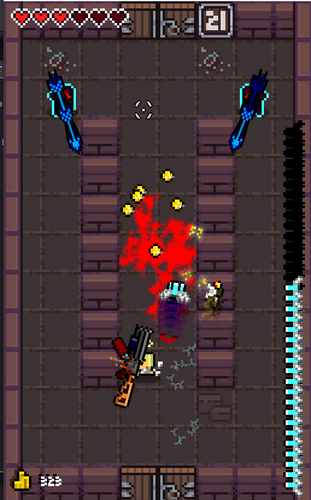 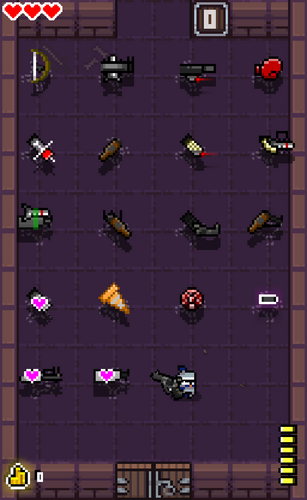 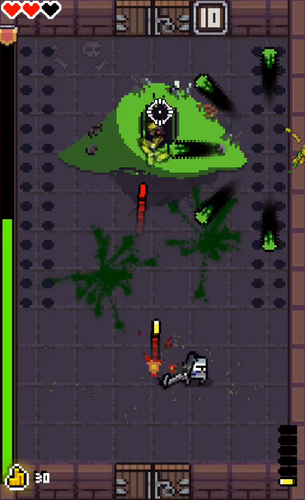 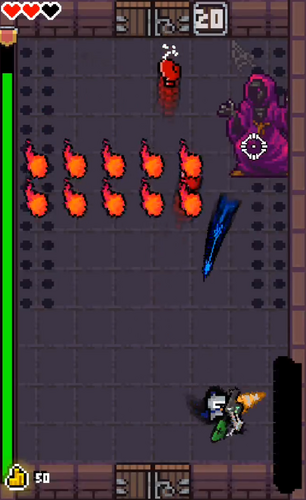 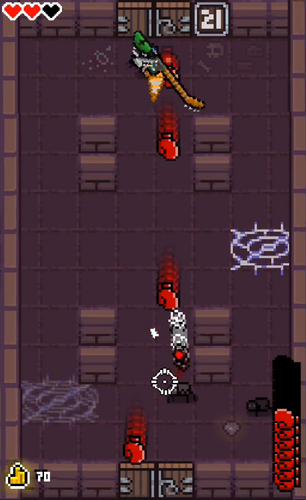 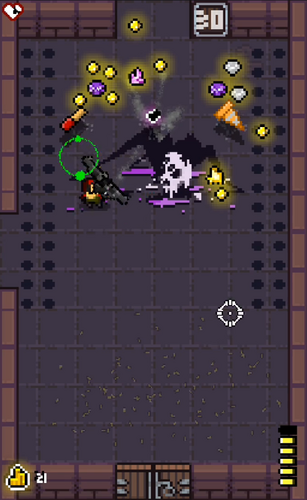 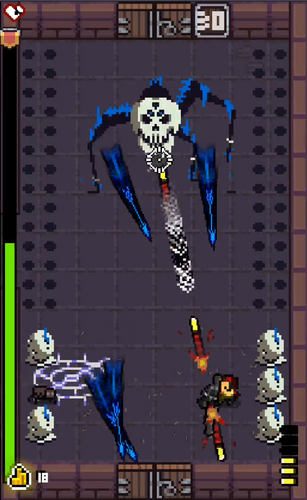